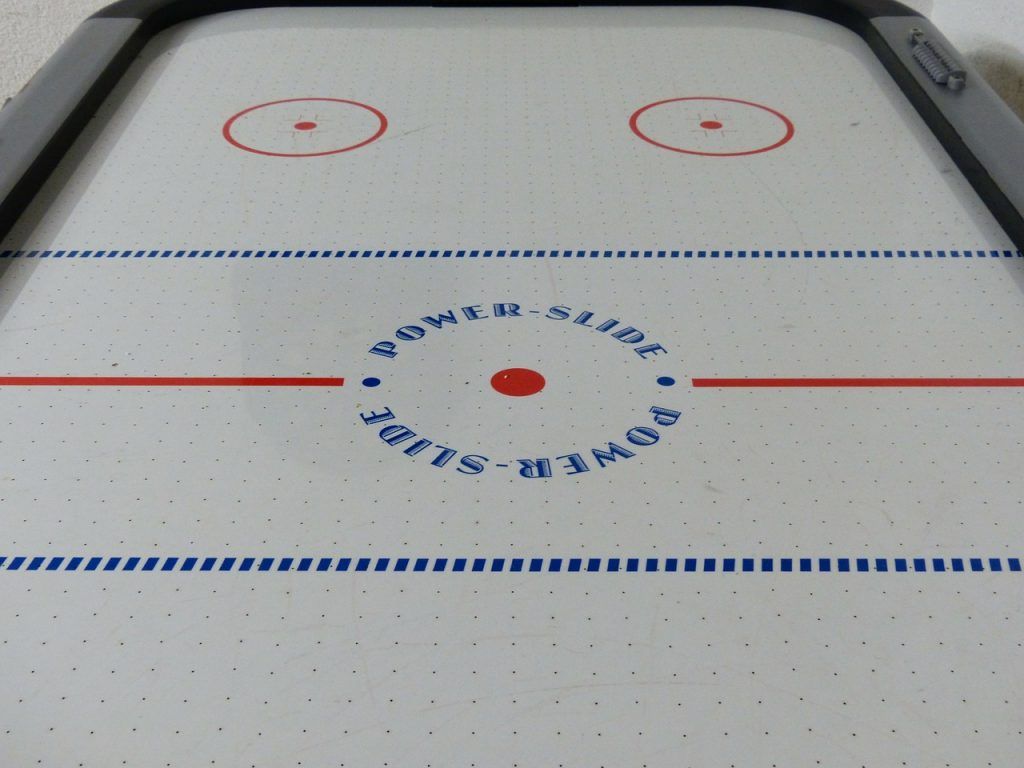 Air hockey is a fascinating sport that’s just as fun playing at home as it is on a professional level. Here are some interesting air hockey facts that aren’t common knowledge:

Air Hockey Hasn’t Been Around For That Long

The game was invented in the 1960s by 3 Brunswick Billiards employees who wanted to create a miniature version of hockey, where the puck could almost float on a frictionless surface. They hired the engineer Bob Lumineux to design the perfect air hockey table. It took almost 10 years to actually turn this idea into reality. In 1973, the first air hockey table came out and the sport was an immediate hit. At the time, foosball and tennis table were some of the few table games available, which is why people were attracted to air hockey.

Air Hockey Was Almost Defunct Just 10 Years After Its Debut

Even though air hockey was a hit when it was introduced, it almost went out of production in the 1980s and 1990s. This was due to the introduction of video games, especially those with joysticks. Something new had entered the industry and as we all know, video games can be highly addictive which is why they captured the majority of the market share.

The First Air Hockey Tournament Was Held In 1974

When this tournament took place, there were no formal associations that laid out the rules of the game. In fact, Brunswick Billiards hadn’t even received their official copyright permit for the game either!

Air Hockey Made A Comeback In The Early 21st Century

After the challenges that air hockey faced in the late 1900s, there were some individuals who worked tirelessly for the revival of the game. Mark Robbins, an air hockey champion, raised donations to buy air hockey tables and began selling them from a barn in Minnesota. He didn’t have much luck in the first year, but owing to his persistence he went on to become the owner of Gold Standard Games, a company that is well-reputed today and known for selling air hockey tables for over 30 years now.

The United States Air hockey Association was founded right after the first tournament of the sport in order to lay ground rules for the game. To date, it remains the most important association for air hockey which players all over the world follow. Some states have also followed suit and created their own associations for local players to use as guides. Another important association is the Air Hockey players Association (AHPA) which individuals can sign up for. Members are allowed to take part in leagues and are notified of the latest updates in tournaments.

If you’re looking to play for fun, you can purchase a multi-game table that offers air hockey, foosball, table tennis and many other games. Some brands even sell air hockey tables that are freestanding, that is, they are portable, making them perfect for travelers who love entertainment on the go.

There Are Multiple Tricks To Win An Air Hockey Game

One of the biggest tricks you can use to confuse your opponent and win an air hockey game is drifting. There are many different types of drifts, but the key idea of each is to move the puck in one direction and then change the direction while the other side is clear to score, before the opponent realizes what is going on. However, it takes a lot of practice to perfect these moves.

Arcade-Style Air Hockey Tables Are Designed For Serious Players Only

For professional players, arcade-style tables are most convenient. They are the biggest (around 9 feet) and sturdiest tables available which can be quite an investment, but it pays off if you plan to play in the leagues.

Not every player can afford to invest in a brand new air hockey table, which is why many brands out there sell used ones. However, buying a used table can be tricky due to fraudulent sellers that may sell damaged tables. Thus, it’s best to buy a table that is made of solid material, has a high output UV motor, aluminum or nylon sidewalls, infrared goal sensors and leveled legs. Having these features means the table is of good quality and has been in good condition.

Using a cotton cloth or towel to regularly wax the surface of an air hockey table ensures that it will stay smooth. Similarly, the blower fan needs to be cleaned properly to make sure there is no dust and it runs well. Moreover, the table holes should also be cleaned properly and it’s best to cover the table when not in use so that it doesn’t get dirty and require extra maintenance.